‘Tough Travelling’ is a weekly feature. Every Thursday I’ll be rummaging around in my memory to come up with various examples of commonly used fantasy tropes. Full credit goes to Nathan of Fantasy Review Barn for coming up with the idea: be sure to check out his blog!

This week’s topic is MUMS.

I headed over to Westeros for most of this week’s inspiration. Once again, George R.R. Martin’s A Song of Ice and Fire did not disappoint, providing fertile ground as usual for a loving send-up of another brilliant trope. 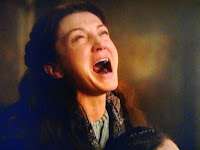 Oh, Catelyn. Catelyn, Catelyn, Catelyn. First, you allowed your beloved daughter to be whisked away to the capital to be betrothed to a psychopath. You then spent weeks uselessly moping by your unconscious son’s bedside, totally neglecting your other kids, before irresponsibly abandoning them all to trek across country with a message you could have just entrusted to the bodyguard you dragged along with you. Later, you tagged along with your eldest son and his battle entourage, undermining his authority, releasing his prisoners, and totally ruining his street cred by marrying him off in exchange for a goddamn bridge (no wonder your not-so-well-laid plans went completely tits-up). And let’s not forget that you were a complete and utter BITCH to Jon Snow for his entire life, shutting him out of your family as though it’s his fault he’s a bastard and knows nothing. 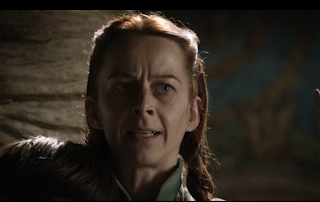 Lysa, your son is clearly far too old to breastfeed, so just STOP IT. Also, throwing people to their deaths on a regular basis right in front of him seems to have psychologically damaged him in some way. Stop doing that, too. 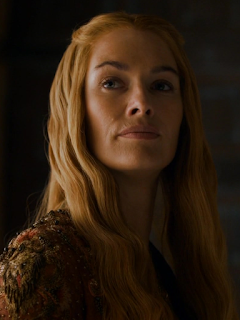 When it comes to protecting your children, Cersei, you’re totally ruthless. I get why you do some of the things you do – such as murdering your dead husband’s bastard babies in order to protect your own son’s inheritance – and really, the fierceness of your love for your three golden-haired offspring is admirable. However, it has to be said – and please don’t have me killed for this – that somewhat less admirable is the fact that your children’s father is actually your brother, Jaime, not to mention that your eldest son, Joffrey, was a cruel tyrant who was eventually murdered right under your very nose. Also, you and your brother then had sex next to your son’s corpse. NOT cool.

But at least you love your daughter, which is more than can be said for . . . 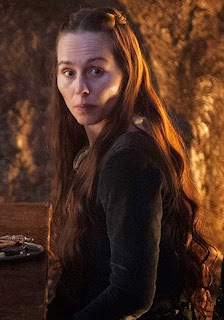 Selyse, I really need to tell you something: keeping the preserved bodies of your stillborn sons in glass jars, Devil’s Backbone-style, is downright creepy. Try paying some attention to your only living child, Shireen, for a change. What’s that? Shireen is disfigured by a disease known as grayscale, and you’re ashamed of her? Well, that’s stupid, it’s hardly her fault if- eh? You actually think the grayscale is punishment from the Red God for your daughter’s heretical nature? Are you kidding? Let me get this straight: you believe your daughter is completely worthless, and you continually try not only to leave her behind but also to prevent your husband Stannis from ‘wasting his time’ on the poor girl? Gah, may the Lord of Light pass judgment on your soul, you heartless bitch.

Perhaps a better role model can be found in . . . 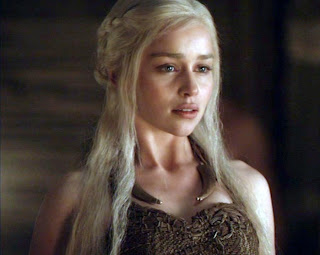 Daenerys, you’re an unusual example of a mother because technically you have no kids. And no one can blame you for that: I mean, it’s hardly your fault that you traded away the life of your unborn son in exchange for saving your zombiefied warlord husband in a failed dodgy black magic ritual. But just because you have no children of your own doesn’t mean that you can’t be a surrogate mother to others: after all, thousands of the common folk of Slaver’s Bay affectionately refer to you as ‘Mhysa’, which means ‘mother’, after you demonstrated your maternal instincts by crucifying their masters and leaving their cities in a state of anarchy. And let’s not forget you are the Mother of Dragons – though perhaps we should forget that when your wayward ‘children’ got out of hand you chained them up inside a dark cave where even the R.S.P.C.A couldn’t find them. Perhaps you should have tried teaching them the Valyrian equivalent of ‘sit’ and ‘stay’ and ‘stop eating people’ before you taught them ‘dracarys’.

All you Westerosi mums should have taken advice from . . . 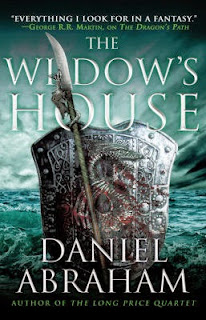 (The Dagger and the Coin series by Daniel Abraham)

Clara, you’re a total darling. When your poor husband was executed as a traitor, you elected to live in poverty and shame in order to protect your sons. Not only did you ostracise yourself from society so that your sons could keep their positions of safety, but you also overcame your own ingrained social prejudices in order to fully welcome your new daughter-in-law to your family. 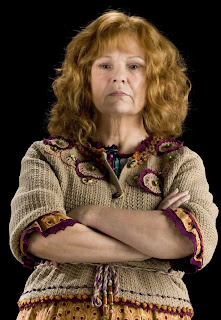 Ah, good old Molly. There is nothing you won’t do for your seven children – except, you know, get a job and actually help your husband to financially support your struggling family. Still, you always have your children’s best interests at heart, whether you’re feeding them up with extra dinner portions, knitting them awesome jumpers, bollocking them for their mischievousness, or spending your last sickle to buy them their school supplies. You’re the solid rock at the heart of the Weasley family, and you act like a mother to everyone, whether they’re your own kids or not. Congratulations, Molly, you’re the best mum in fantasy fiction and I love you.

That’s it for this week! Join us again next week for the topic of THE WEASEL and be sure to check out the Tough Travelling tab above for links to my previous posts and fellow travellers!