‘Tough Travelling’ is a weekly feature: every Thursday (hopefully!) I’ll be rummaging around in my memory to come up with various examples of commonly used fantasy tropes. Full credit goes to Nathan of Fantasy Review Barn for coming up with the idea: be sure to check out his blog!

This week the theme is COMPANIONS. Everyone knows that a hero is nothing without his or her friends to help them along the way, and therefore wise old mentors, snarky sidekicks and BFF bromances have become a staple of fantasy literature. 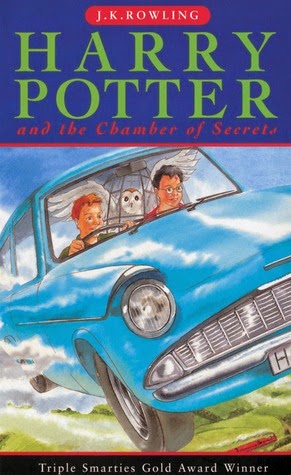 Here are some of my favourite examples of companions in fantasy . . .

I feel like Ron doesn’t get as much love from Potter fans as he deserves, possibly because the film franchise has permanently seared the image of Rupert Grint’s dozy mug onto our collective consciousness. However, in the books he’s the most steadfast, loyal and – dare I say – simple of friends Harry could wish for. A bit like a loveable basset hound, but with the adventuresome attitude of a Jack Russell terrier. Just as importantly, he comes with a huge close-knit family, and a doting mother who takes Harry under her wing at a time when he really needs someone to look after his best interests. What more could you ask for in a companion?

Sam Gamgee
(The Lord of the Rings by J.R.R. Tolkien)

Like Ron, Sam is fiercely loyal and solid, a steady rock constantly supporting the increasingly fragile Frodo. In some ways their companionship is more heartwarming to read about because over the course of the trilogy the divide between them gradually dissolves, as Sam goes from ‘serving’ Frodo and calling him ‘Mister Frodo’ to finally considering him as an equal. In times of crisis Sam’s always there by Frodo’s side, always helping to “share the load” and even following him to the very precipice of Mount Doom itself. He’s a loyal Labrador who acts as Frodo’s guide dog in times of need. 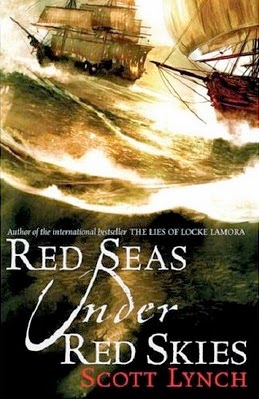 Locke Lamora is one of my favourite fictional creations ever, but he’d be nothing without his partner in crime (literally), Jean Tannen. Not only does Jean act as the brawn to Locke’s brains with his brutal use of a pair of hatchets – nicknamed the Wicked Sisters – but he’s also got a fair amount of brains himself, and does most of the Gentlemen Bastards’ accounting. When Locke suffers a crippling mental breakdown, Jean is there to bulldoze him out of it; and even when suffering from grief of his own, he still puts his own problems on the back seat in order to take care of Locke. He’s strong, selfless and talented: if I ever found myself in a fantasy universe and had to choose a companion, it would probably be Jean Tannen. 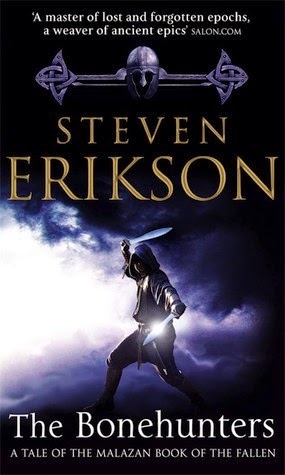 In a series with hundreds of characters, most of whom are constantly on the move and changing their company on a day-to-day basis, I have to say that I’ve always adored Telorast and Curdle. They’re all the more entertaining for being somewhat unwelcome companions – they’re really more like stalkers, who follow in the shadow of the deadly assassin Apsalar as she goes about her business. On her own, Apsalar is something of a ‘meh’ character, a bit dull and not all that sympathetic. But with Telorast and Curdle following her around, making inappropriate observations, sniping at one another and taking bets on when she might die, she becomes a lot more interesting. Oh, and did I mention that Telorast and Curdle are mysterious shadowy spirits inhabiting the bodies of two tiny bird-like skeletons? 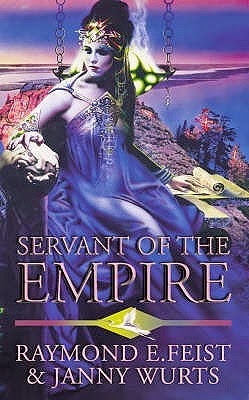 A some-time companion of the series’ protagonist Mara, Kevin is a soldier from another planet, captured during a battle and subsequently sold into slavery to the Acoma household. From his very first introduction to Mara he shocks her, outrages her, intrigues her, and forces her to question everything she has ever known. He teaches her love in a world of political marriages, fairness in a society of strict hierarchy and injustice, and it’s partly because of Kevin that Mara develops into such a forward-thinking character determined to change her own world for the better.

Of course, there are plenty of other fantasy companions who also deserve a mention, such as: